Today’s decision of the Supreme Court in the case of Lloyd v Google is of considerable interest. Briefly, Lloyd represented a potentially vast number of iPhone users who had their data captured during a period from 2011 to 2012, without their knowledge.  The claimant lost the case for several reasons. Despite the loss, We think the judgement is important. This is something of an historic curiosity because the decision turned on the 1998 Data Protection Act, now overtaken by subsequent legislation. The judgement today also dealt with the concept and administration of actions involving potentially large numbers of claimants, which to our minds was of less importance.

In so far as the 1998 Act is concerned, a breach of the Act must be accompanied by demonstrable individual loss in order to seek compensation. Here, the idea that you can be one of a group and therefore do not need to prove individual loss failed. Although the proposition failed this time, We do not believe directors or senior people within companies can heave a sigh of relief and carry on as before. At some point, a group action will arise where individuals can prove loss and/or alternatively, subsequent regulation will enable damage to be recognised without proof of loss.

The Lloyd v Google case was about the unauthorised gathering and therefore misuse of data, not the loss of data. Directors and senior people within firms are going to have to keep their guard up over policies and procedures about the gathering of data; the necessary consent around that and most specifically the policies on how that data is used. The Lloyd case was not so much a win for Google, rather a case on its own facts that is only a postponement, in our view, of the inevitable.

Many business models now partly or wholly relay on the monetisation of customer data. Directors need to be vigilant as to how this is done and controlled or they could become liable for damages from the misuse of data. MRSL Enterprise can offer specialist advice on appropriate Directors and Officers insurance cover. “ 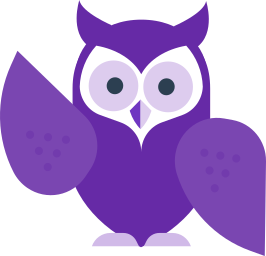